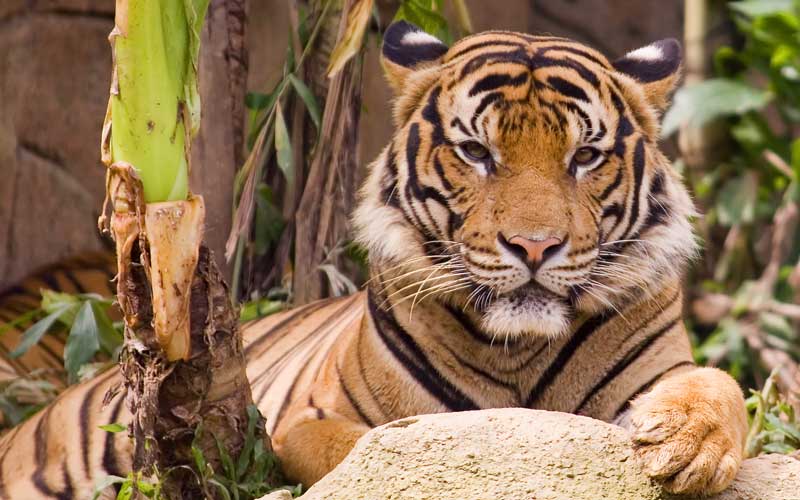 Tigers are native to Asia, and historically they had a distribution from the Caucasus and the Caspian Sea to Siberia in the north and Indonesia and even in Borneo and the Philippines in the south, populating most of Asia and the Indian subcontinent. However, their distribution range has reduced dramatically in just one century.

At present, its distribution only includes Southeast Asia, India, some Russian regions and western China. In short, it is an Asian animal, found only in 13 or 14 countries including China, India, Indonesia, Bangladesh, Bhutan, Laos, Malaysia, Cambodia, Burma, Russia, Thailand, Vietnam, Nepal and perhaps North Korea.

The last century saw the tigers disappear from two islands in Indonesia, Java, and Bali, so they now live on only one island in that country, Sumatra. The fossil evidence suggests that they also lived in Borneo and Palawan, Philippines. In the same way, they inhabited from the Caucasus region and the Caspian Sea to Siberia and from there to the south reaching the Indonesian islands. 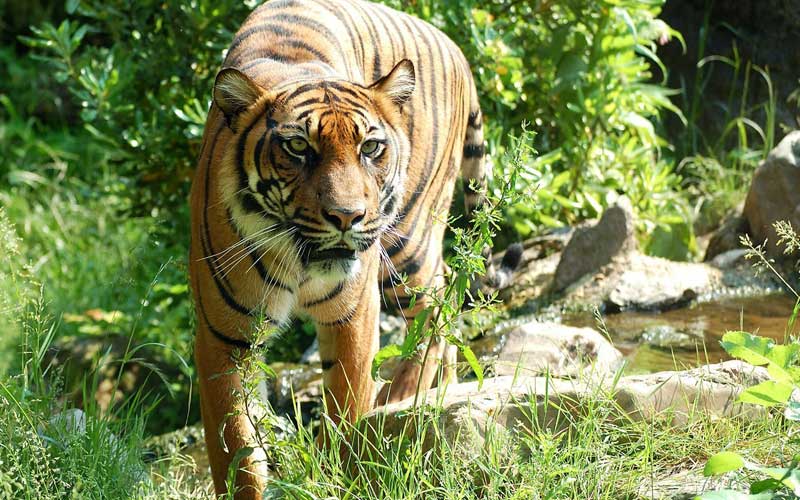 Tiger in its natural habitat.

There are six subspecies of tiger that have survived extinction so far, although they have been at risk for several years. Each one has a particular distribution range.

The Siberian tiger (Panthera tigris altaica) is found mainly in Russian territory, in the east of Siberia and north China.

The Bengal tiger (Panthera tigris tigris) inhabits parts of India, but it is possible to find some populations in Nepal, Bhutan, and Bangladesh.

The Malayan tiger (Panthera tigris jacksoni) lives only in the Malay peninsula.

The South China tiger (Panthera tigris amoyensis) is native to southern China, but it is extinct in the wild and now survives only in captivity.

The Sumatran tiger (Panthera tigris sumatrae) only inhabits the island of Sumatra, Indonesia. 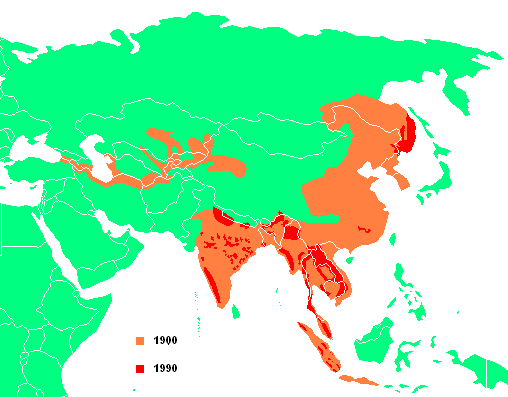 The distribution of tigers has gone through a series of environmental problems. / Image Courtesy Wikipedia.

Tigers can adapt to different types of environments which range from the Siberian taiga to open grasslands and tropical mangrove swamps in Indochina. Regardless the kind of habitat, Tigers will look for three things in abundance when looking for habitat: Cover, Water, and Prey.

For example, Siberian tigers thrive in the cold Russian forests, often covered with snow, so they have a slightly thicker fur than the other subspecies. On the other hand, some tigers living in Southeast Asia tend to have smaller dimensions, like the Sumatran tiger, which is considered the smallest subspecies of all.

However, while tiger habitats may vary between each subspecies, they must have some essential elements as:

Close to a water source
Tigers need it to hydrate, and from time to time they stalk prey that approach to drink water while keeping their body submerged. Tigers are good swimmers because of their partially taped toes; sometimes they drag their victims into the water.

Abundance of prey
As evident, Tigers need access to prey to survive. A large percentage of their diet are ungulates.

Dense vegetation.
This requisite is paramount because tigers lurk their prey hidden in the tall grass until they decide to attack. Their stripes are designed to allow them to camouflage with the vegetation.

Tigers are extremely territorial, so they will fight other animals and even other tigers that invade their space. This problem has become more of an issue due to the reduction of their natural environment. A male may have a territory of up to 60 to 100 square kilometers, while females up to 20 square kilometers, but these numbers vary according to the habitat and the subspecies. As a result of territory reduction, their areas overlap having to venture into new zones to find food.

Some regions have a low density of tigers, such as Russia. In these cases, Tigers have vast areas for wandering, which does not occur in high-density regions such as Nepal’s Chitwan National Park, where roaming areas are small and not as extensive as the average mentioned above.

Tigers are solitary and tend to live alone. They will only be seen with other tigers when looking for a mate or in the case of females when they are taking care of their offspring. It is natural for the females to have territories that overlap those of males, which is acceptable as long as no other male tries to invade the same area. 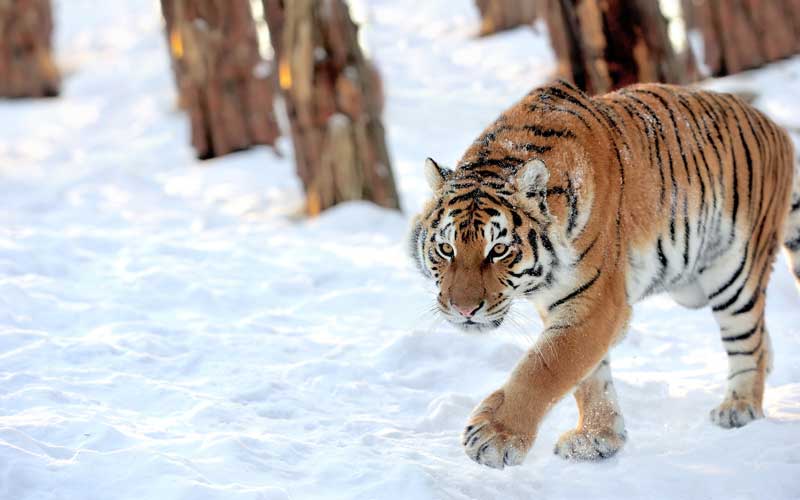 Young Siberian tiger in the taiga.

They usually settle in isolated locations and build dens inside caves, large trees or between thick and tall vegetation. They prefer to hunt during the night or at dusk/dawn, so during the day, it is common to see them resting in the shade or their den or even refreshing their body in the water.

There is evidence to indicate that tigers have a type of traveling pattern within their home range so that they can successfully keep up with the food sources available. Since most of their prey is in herds that move, Tigers must act in consequence. However, they always come back to their home range.

There are many tigers in captivity, sometimes kept as pets. They adapt well to being in captivity which is why you will find so many of them thriving in zoos all over the world. The circus is another entity where you will commonly find tigers also in captivity.

Land of the Tiger: A Natural History of the Indian Subcontinent. Valmik Thapar. University of California Press, 1997. 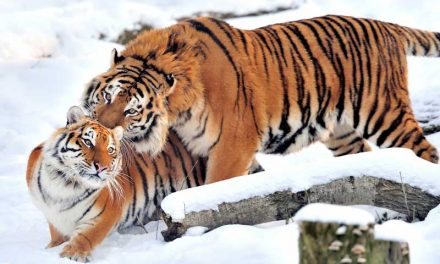 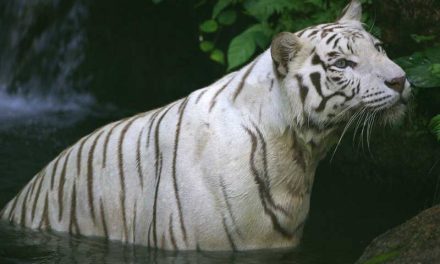