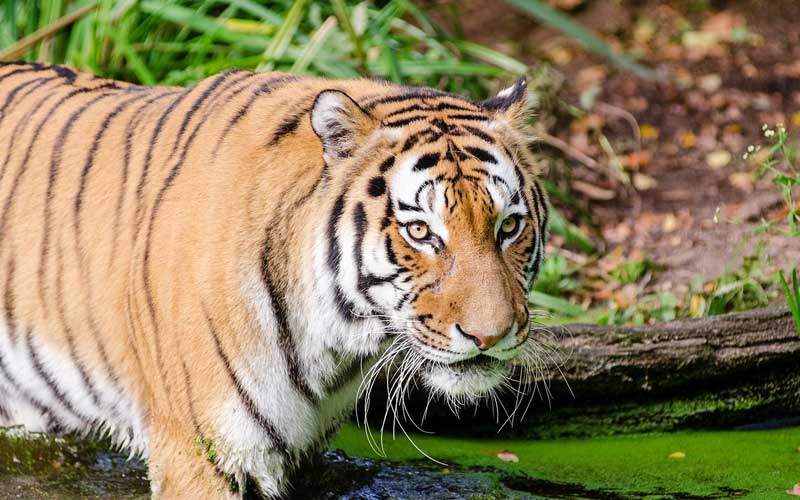 The Indochinese tiger, also known as “Corbett Tiger,” is a cat that inhabits in a small region of Southeast Asia. It split from the Malayan tiger and considered a different subspecies in 2004.

Its scientific and common name is in honor to Jim Corbett, a British hunter who later became a conservationist. The story is inspiring: the government of India called the colonel to solve the problem of cats that attacked humans in some villages. The intention to eradicate Tigers inspired him to support the conservation efforts for these and other animals, as well as of the environment in general.

The Indochina tiger is a relatively small species. Males measure 87-95 inches in length and weigh between 330 and 440 pounds. The females, meanwhile, measure from 79 to 87 inches and weigh 220-286 lbs.

At first glance, it is very similar to other tigers, but a detailed observation of the coat show a darker orange color, almost golden, as well as narrower dark stripes.

The Indochina tiger dwells in southwestern China, Burma, Thailand, Laos, Vietnam, and Cambodia. However, the number of individuals is quite small, and there are not new generations registered in Vietnam, Cambodia, and Laos because the population is probably less than 20 mature specimens. For its part, the China’s population is not resident and relies on transboundary conservation areas.

It likes to inhabit the forests of zones with mountains or relieves. It also dwells in dry forests and tropical and subtropical forests. More than 50 percent of the total population lives in the Western Forest Complex in Thailand, and especially in the Huai Kha Khaeng Wildlife Sanctuary.

As it may be assumed, it is a carnivorous species with eating habits similar to those of the other Tigers. Medium and large ungulates are the main part of its diet, particularly, sambar deer, wild boar, serows, bantengs and young Gaurs. If the prey is scarce, they have to feed on smaller animals such as porcupines, muntjacs, monkeys and hog badgers.

This tiger spends most of its life alone; It is a solitary animal whose sociability only appears in mating season. It is also somewhat evasive, so it has been complicated to observe it in nature.

Its preference for forests is related to its ability to camouflage with tall grasses and foliage, and its inclination to inhabit mountainous areas is useful for obtaining the prey adapted to its lifestyle and nutritional requirements.

The Indochinese Tigers mate at any time of the year, as long as they have reached sexual maturity, which happens at around 3.5 years of age in females and about five years in males.

A tigress gives birth to a litter of up to 7 puppies after a gestation period of approximately 3-5 months, although the average number of offspring per female is 3.

Inbreeding is common in this species, that is, the mating between genetically related individuals by a direct lineage, which causes weak and defective genes, reduced spermatozoa production, and birth and infertility problems. Therefore, the mortality rate of cubs is very high, from 35 to 73 percent.

However, the offspring are cared by the mother until they are between 18 and 28 months old when they leave the maternal attention and begin to live on their own.

It is no secret that all Tigers face a series of threats that put their survival at risk. However, the Indochina tiger is a little-known subspecies compared to other subspecies such as the Bengal tiger or the Siberian tiger.

During the last years, vast territories of Southeast of Asia have lost the Indochinese tigers. In these times, the total population of this subspecies is estimated at 352 individuals but may be smaller. According to the Red List of the International Union for Conservation of Nature (IUCN), this tiger is in danger of extinction, and its population continues to decline as a result of poaching, habitat loss and conflict with humans. Additionally, the uncontrolled hunting of other animals reduces the availability of prey.

As most of the Indochinese Tiger habitat is unexplored, we know less about this subspecies than the other types of tigers. They have been forced to move into the higher areas of the mountains because there are not available territories. In recent years biologists have been granted permission to come to this zone and explore this tiger in more detail.

There are some conservation programs in captivity where the Indochinese Tiger can live without any threats. The goal here is to keep them safe and help them reproduce. Mating is very selective by humans to guarantee the genetic diversity of the offspring. 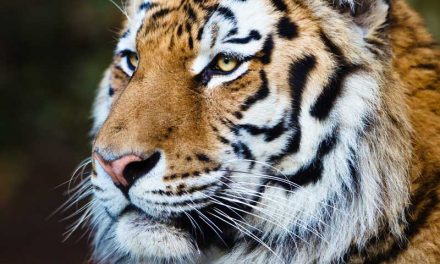 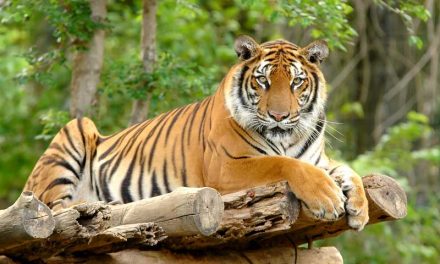